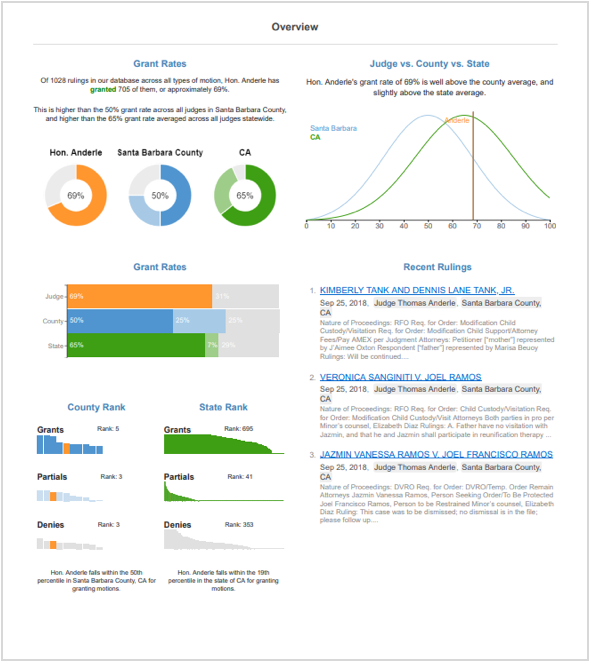 Discover if Hon. Treat is the right judge for your case based on their ruling history. Stop making 170.6 decisions blindly. See a report sample

The Hon. Charles S. Treat is a judge of the Superior Court of Contra Costa County in California. Former California Governor Arnold Schwarzenegger appointed him to the bench in October 2005. Treat was automatically re-elected in 2014 after running unopposed.

Judge Treat earned his B.A. in political philosophy from Michigan State University in 1977. He later received his J.D. from the University of Chicago in 1980, graduating with honors.

He began his legal career as a law clerk for the Hon. John Minor Wisdom on the United States Court of Appeals for the 5th Circuit in New Orleans, Louisiana. Then from 1982 to 1983, he clerked for United States Supreme Court Justice William Brennan. In 1988 Treat became a civil litigation partner at the firm Latham & Watkins.

Treat worked on two noteworthy cases while practicing at Latham & Watkins. The first is a 12-year contract arbitration battle, which resulted with an en banc Ninth Circuit decision and the recovery of a 9-figure amount on behalf of his client. The other case was a successful settlement in a suit against a Central Valley municipality in which Treat's efforts managed to save the building permits of low-income farmworkers.

Judge Treat and his wife live in Lafayette, California. He has two sons.

He is registered as a Democrat.

Predict How Hon. Will Rule

This report provided detailed analysis on how each Hon rules on specific pre-trial motions. 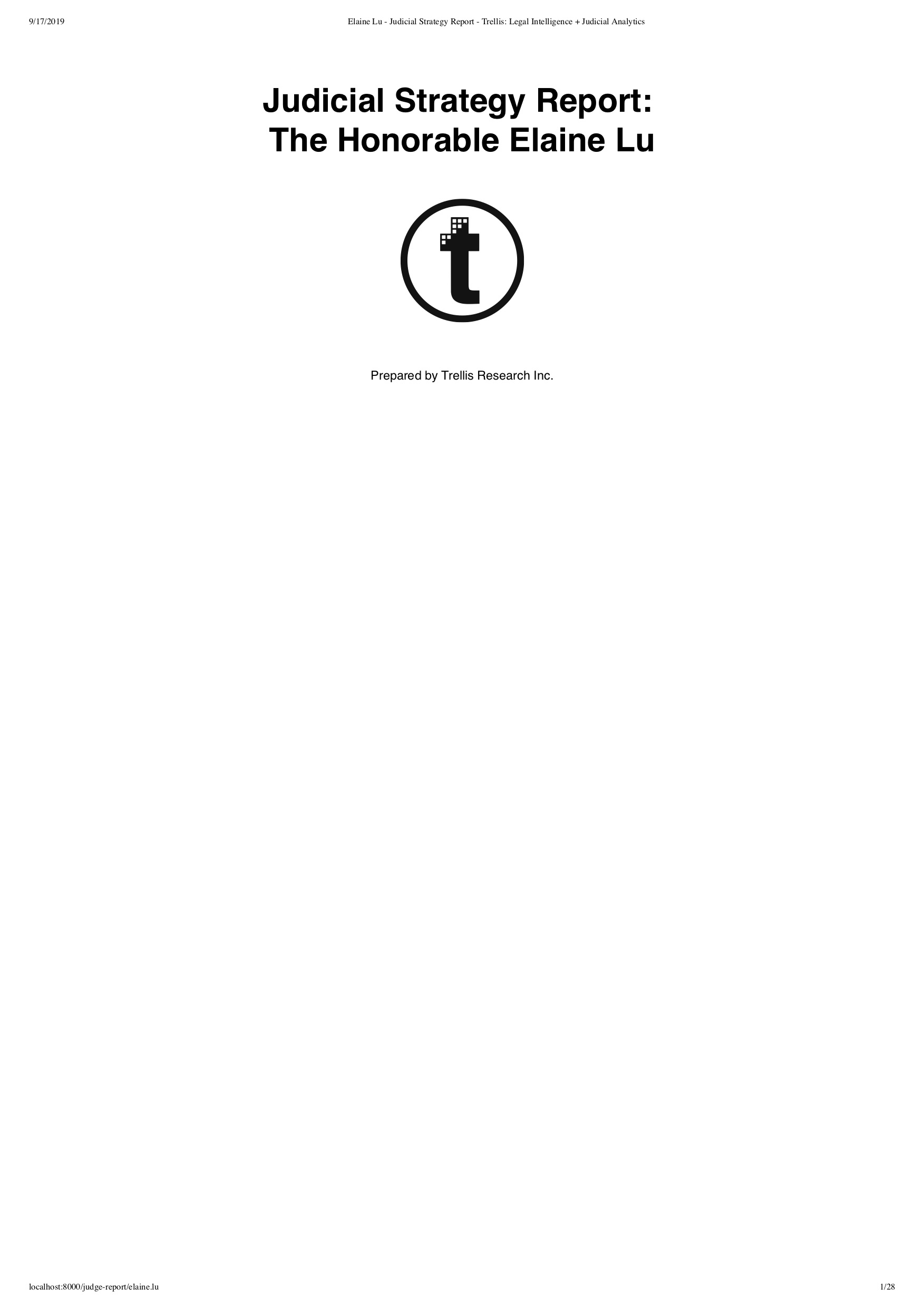 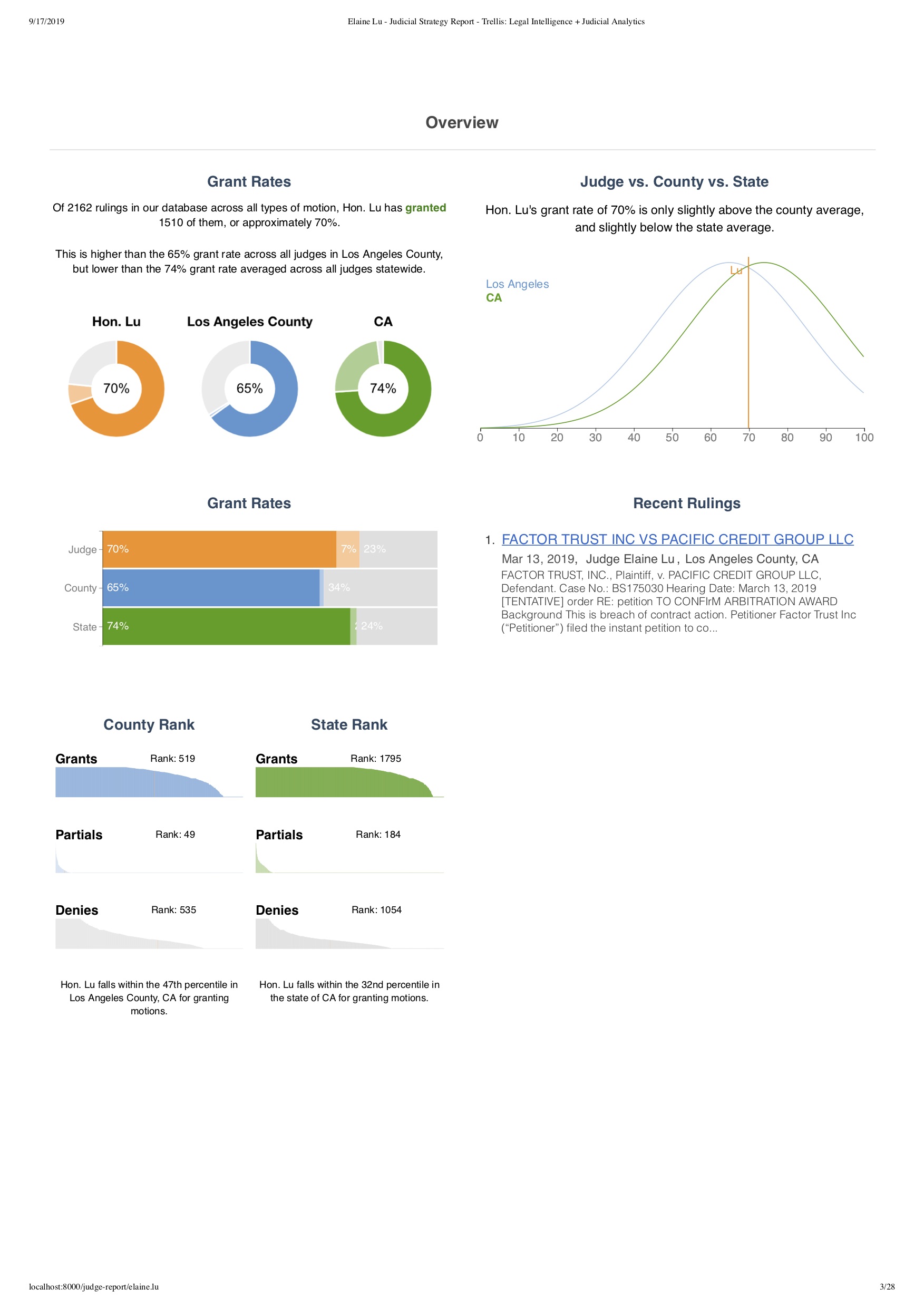 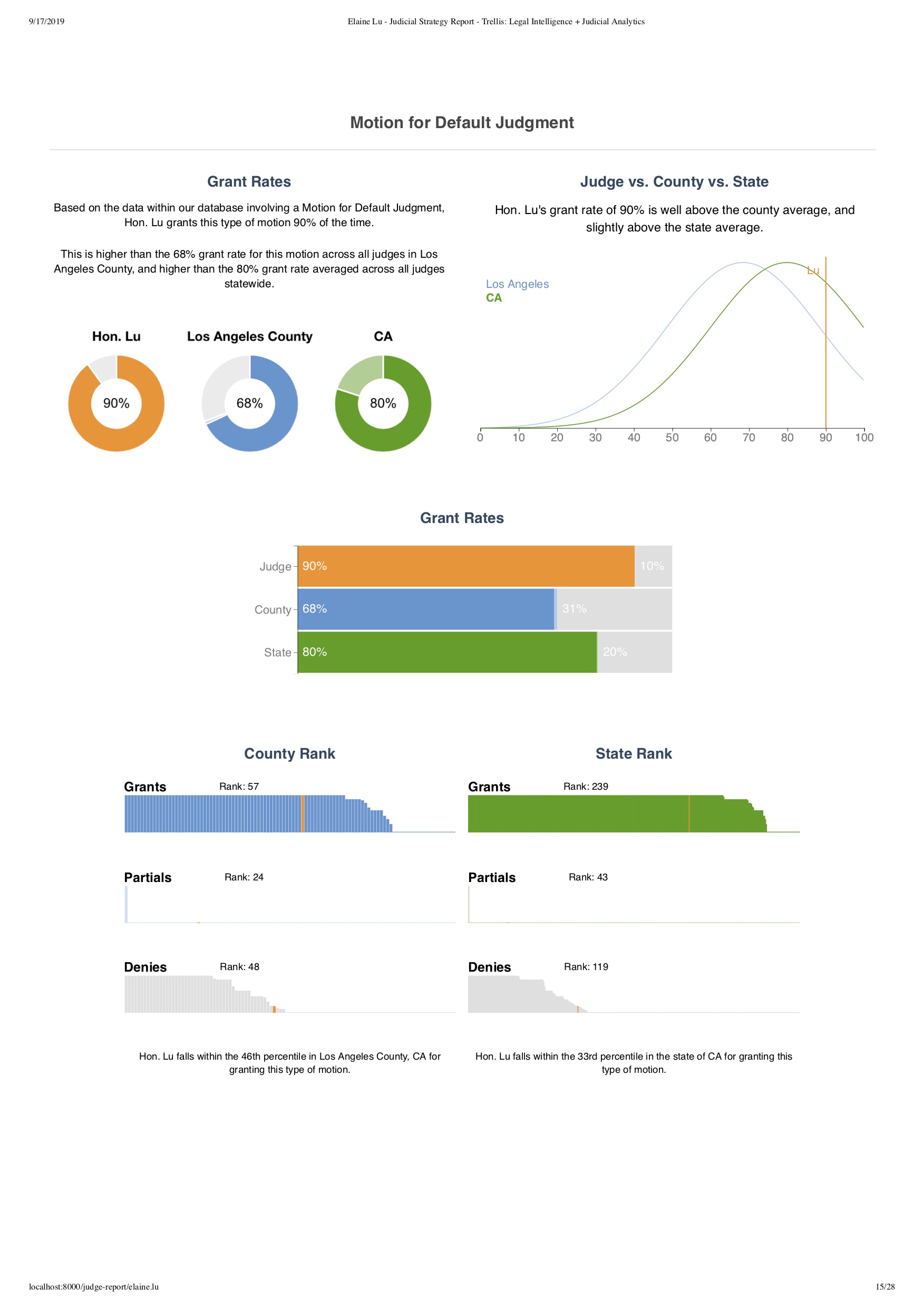 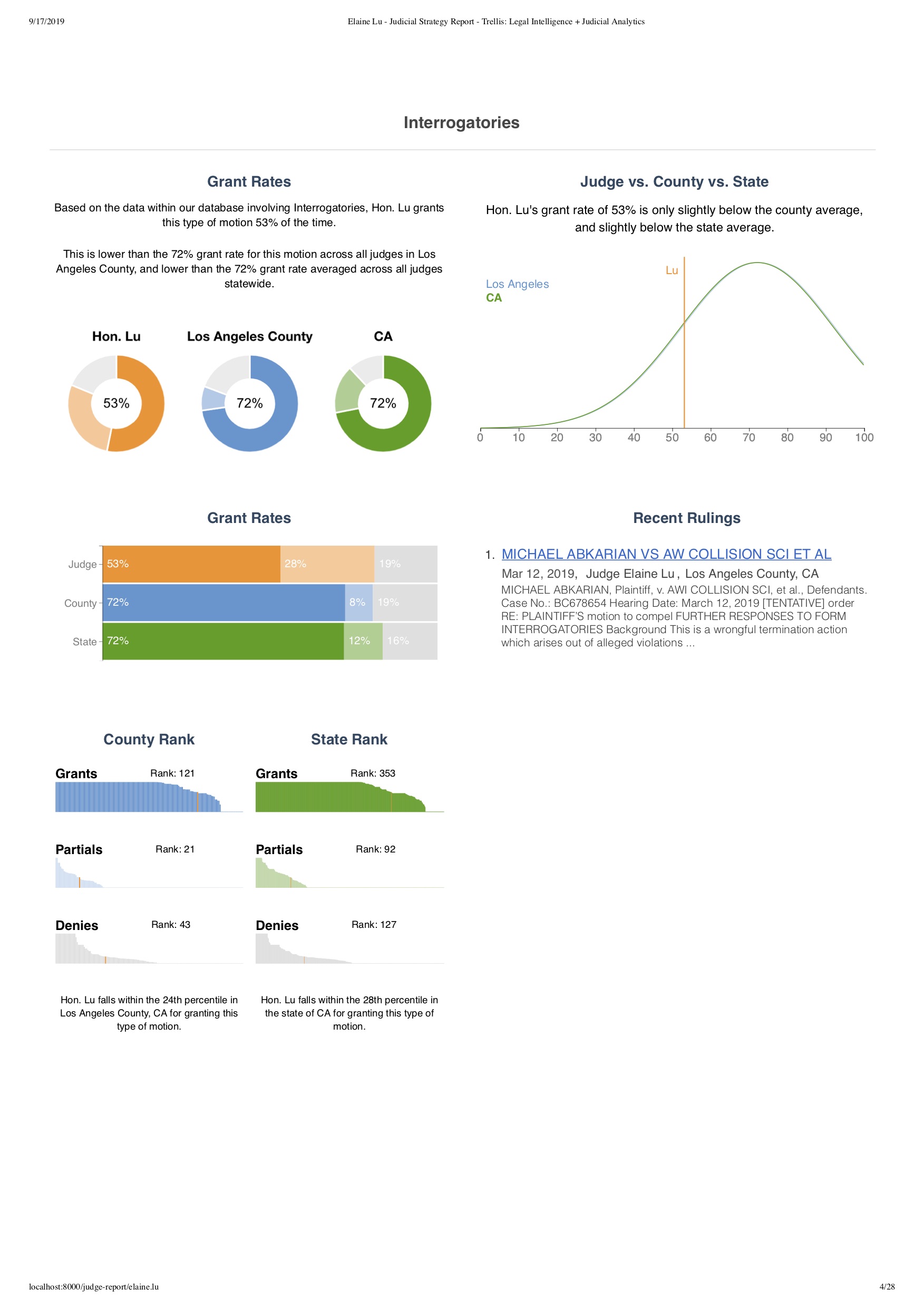 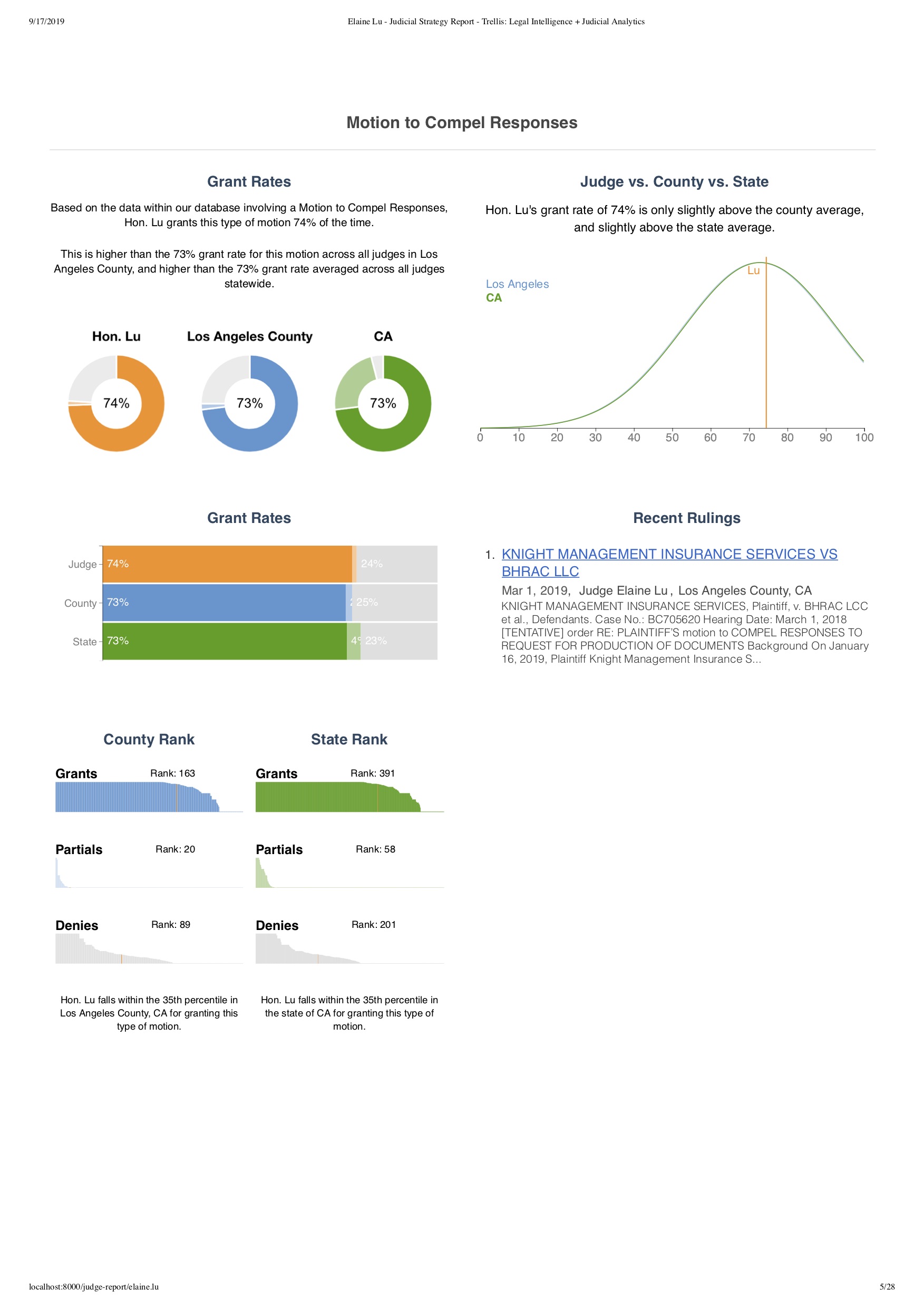 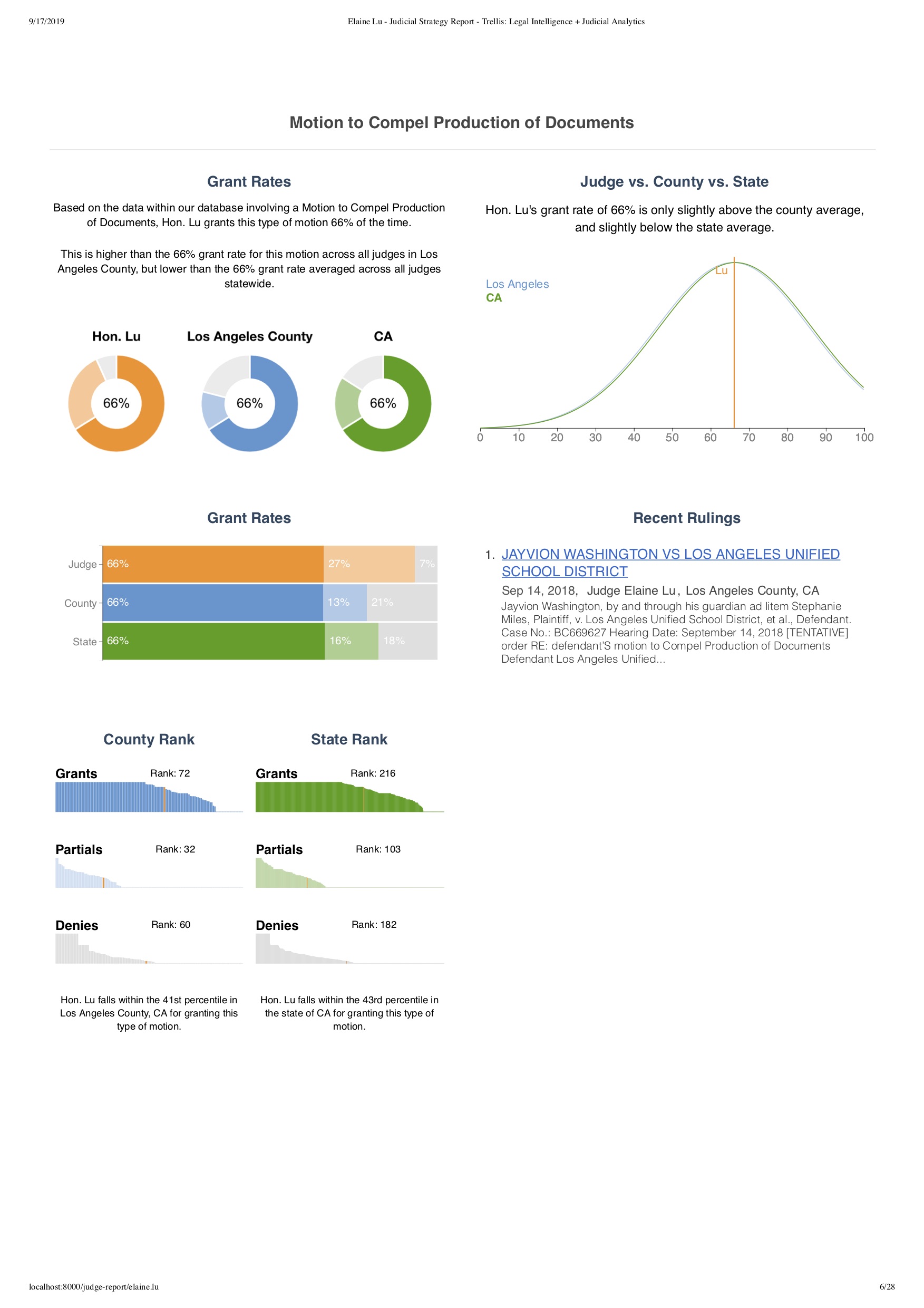 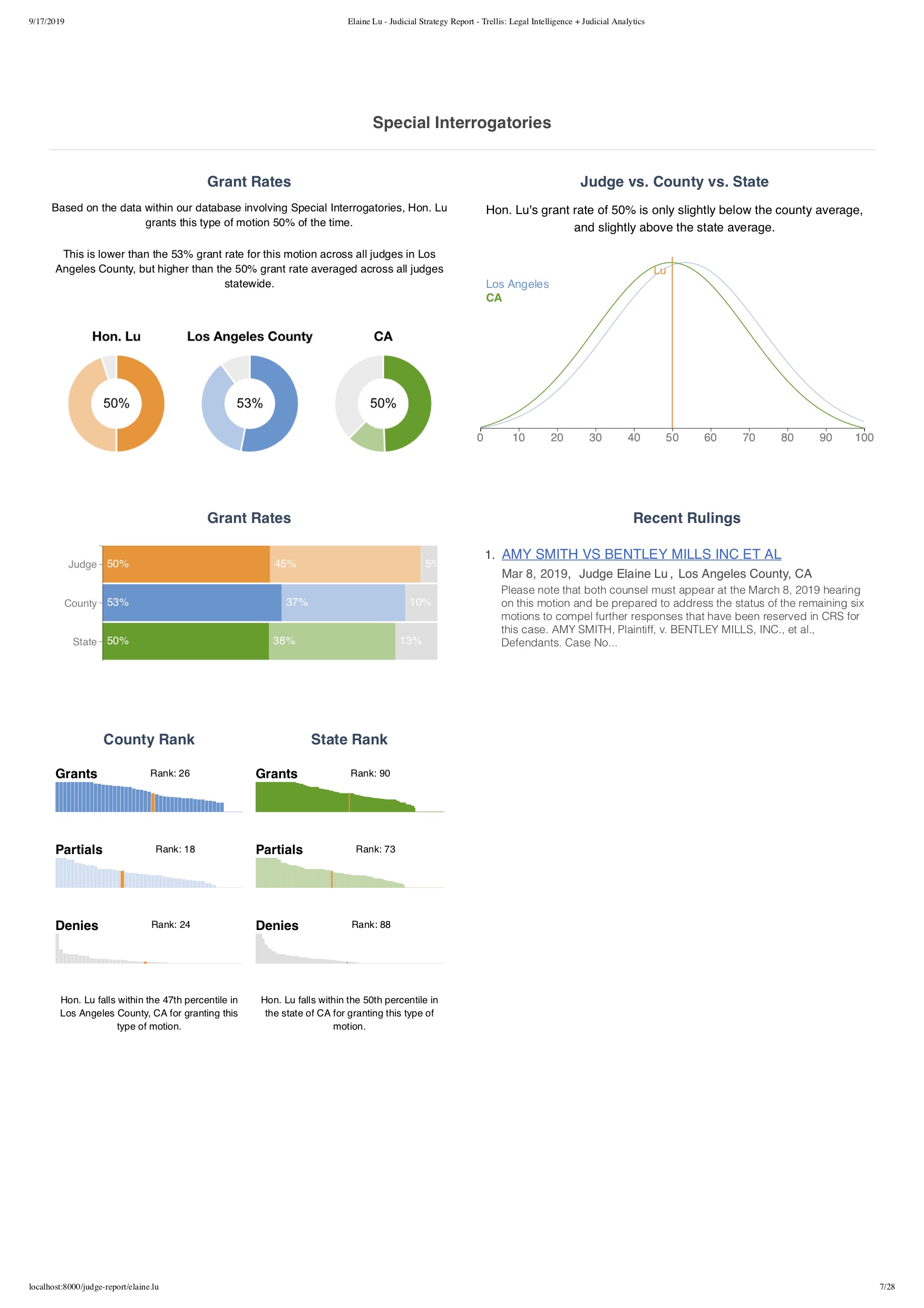 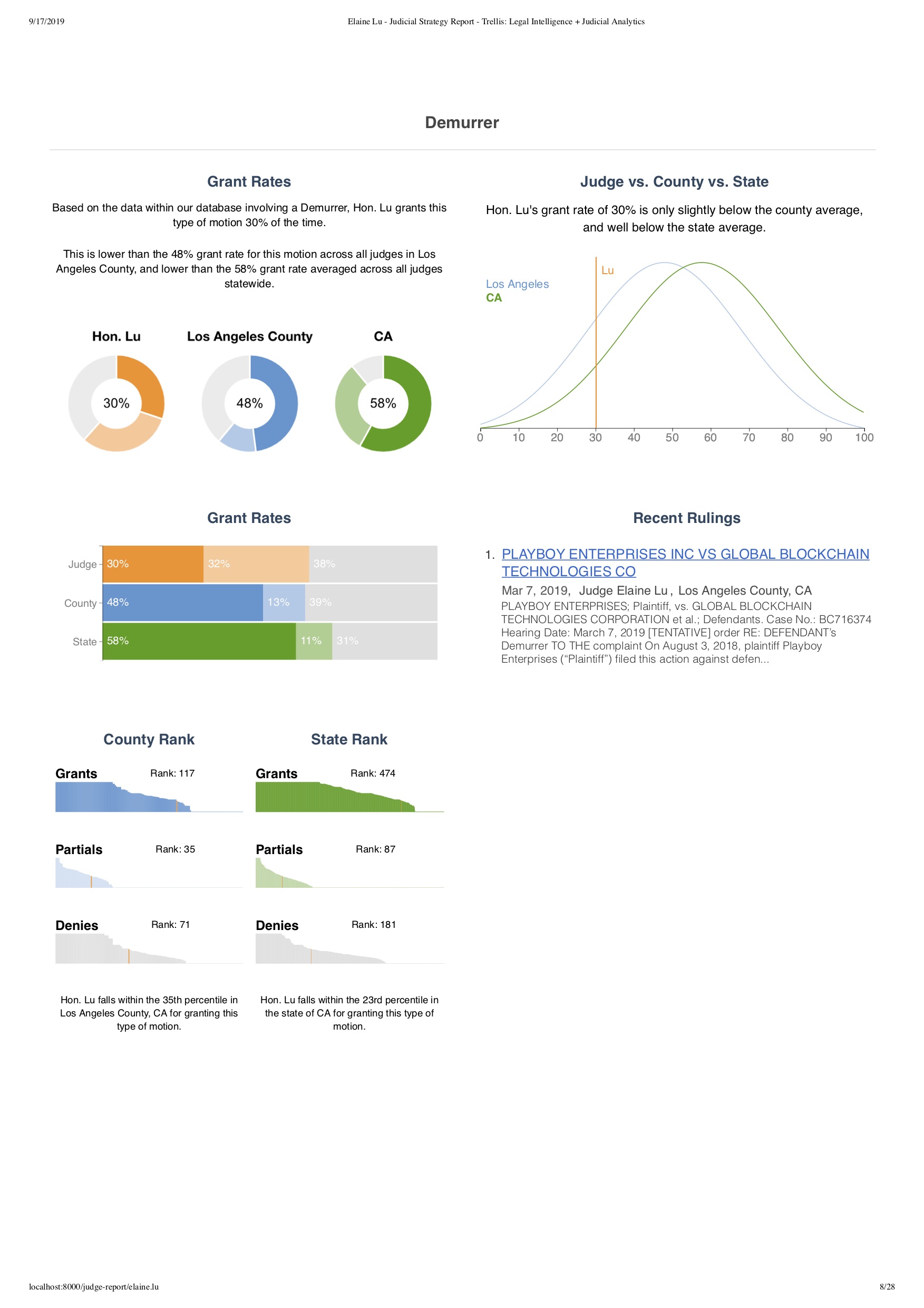 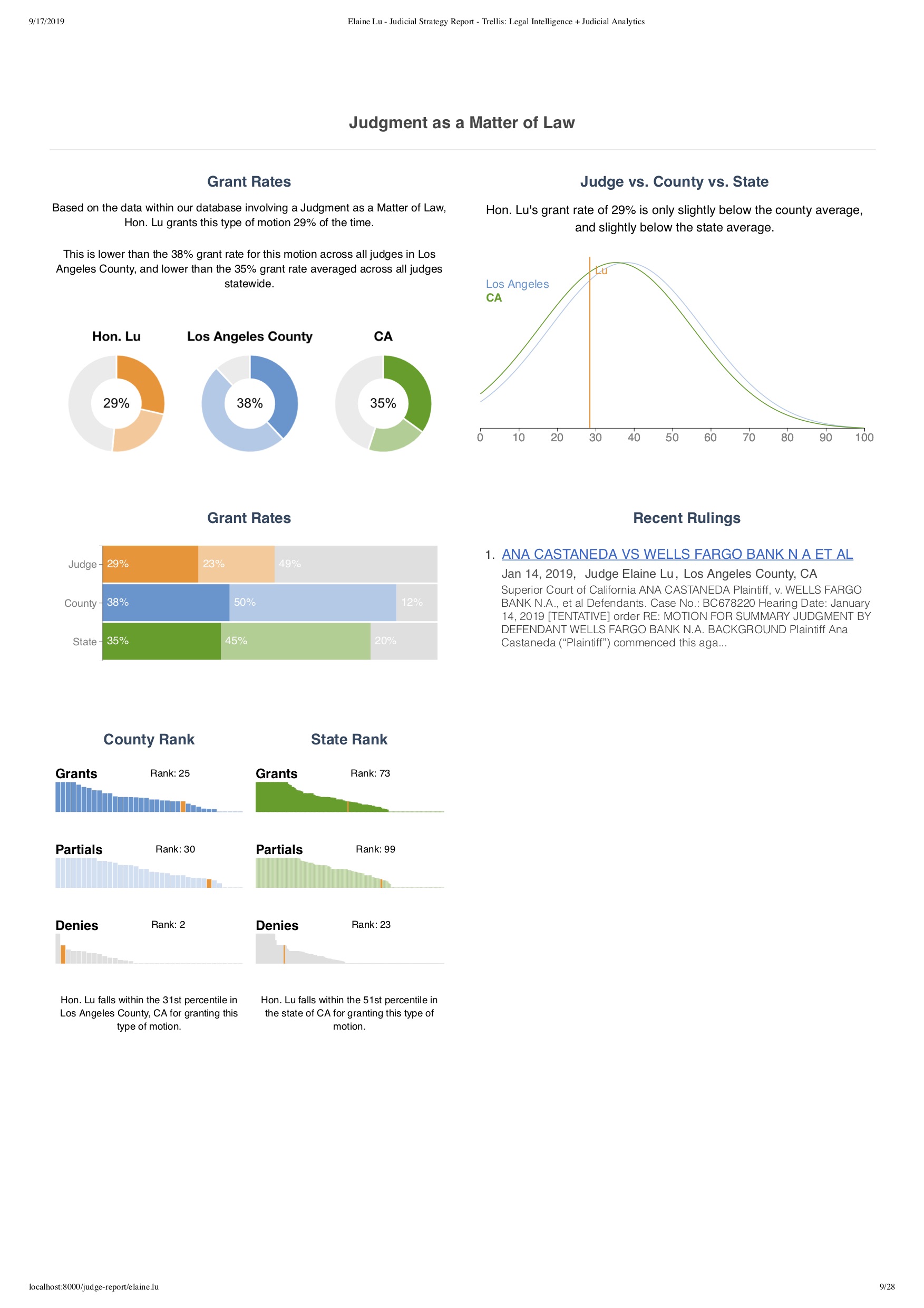 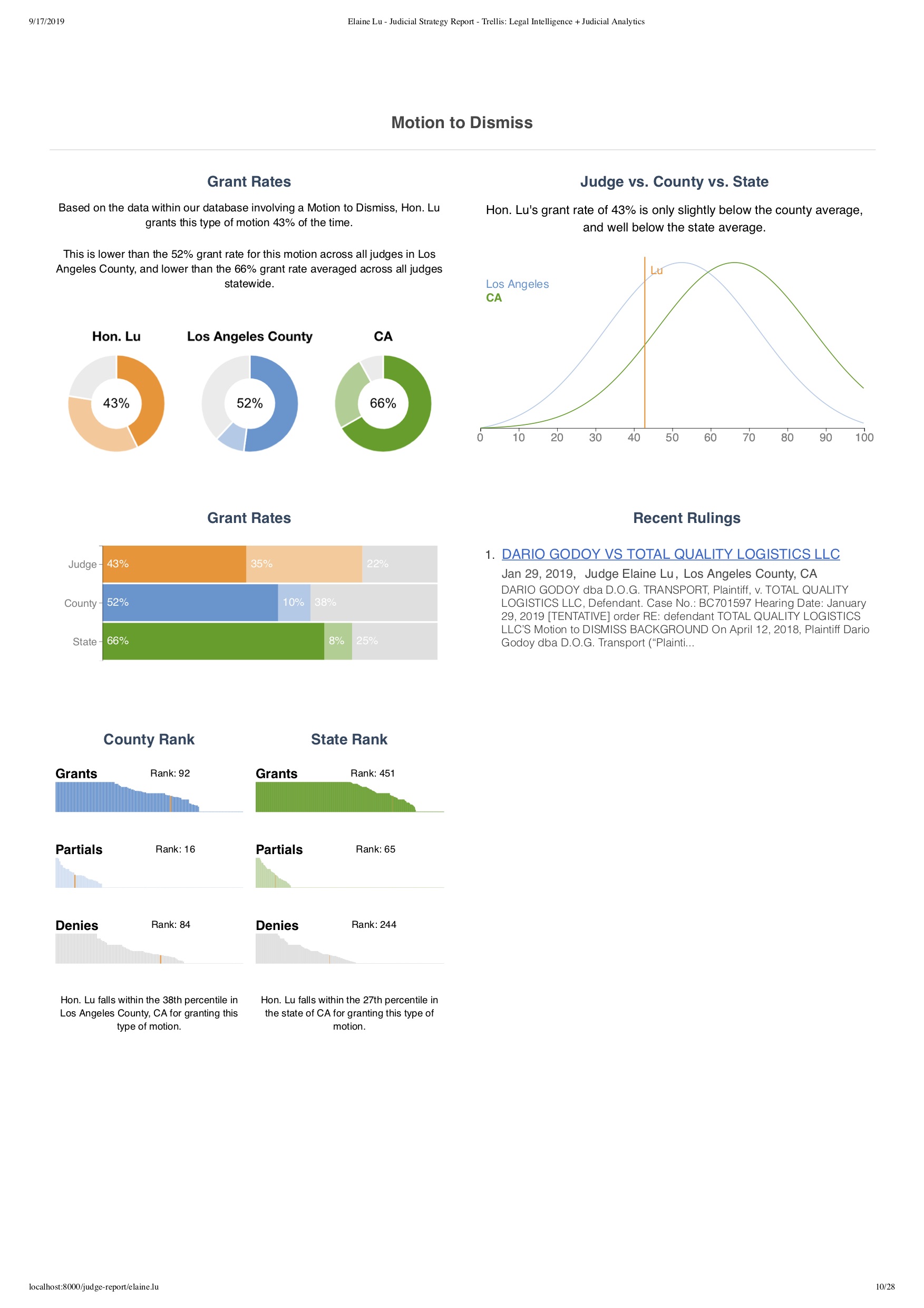 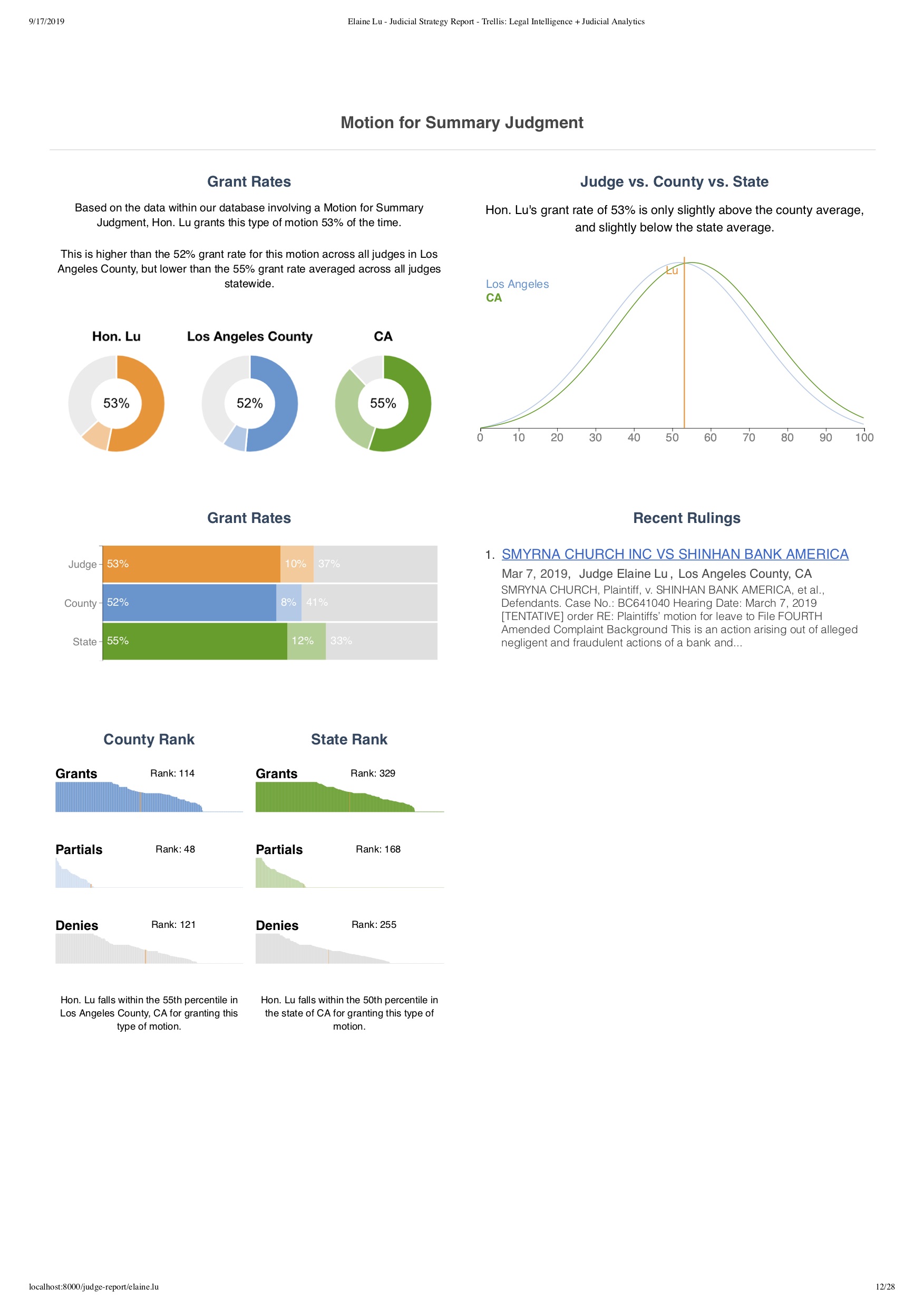 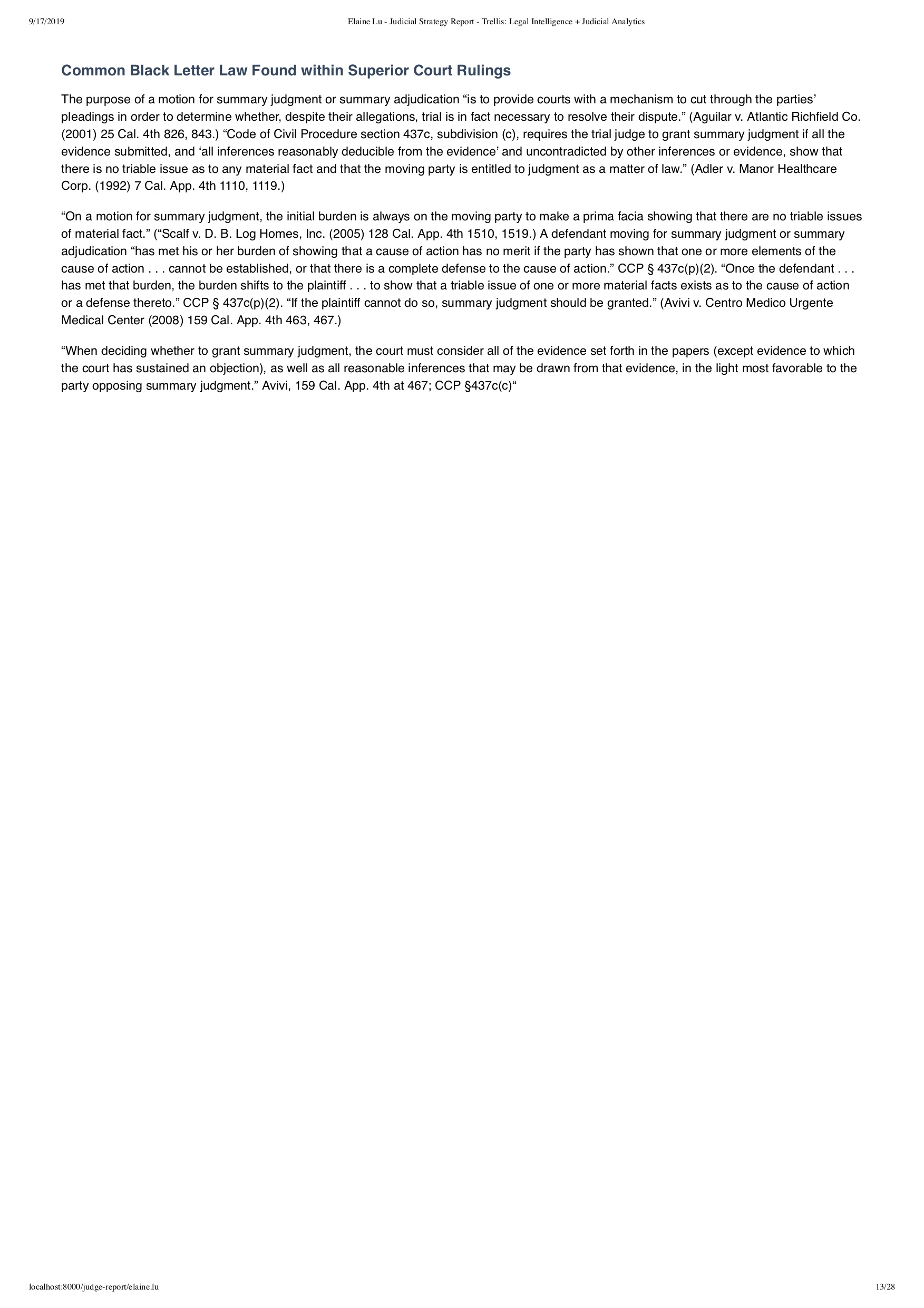